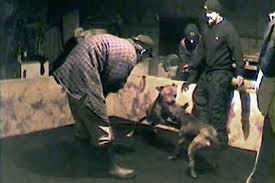 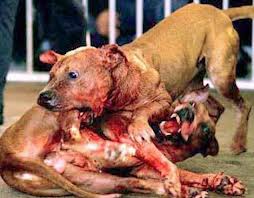 He is a pit bull, brindle and white
A fast head dog with an even bite.
He can take his punishment and not mind it a bit
For he’ll always scratch and stay in the pit
It takes him no time to finish the rat
He stays with a badger, has not mercy for cats.
He’s one of my best and he’s game to the core
He’ll toe the scratch, I can ask for no more.
He has no fear for whatever he faces
Disposition is good and his looks they are aces.
He’s one of those dogs that money can’t buy
I’ll keep him a lifetime, until he does die.
But before then he’ll fight for me many a time
Make me proud of his winnings, bring me many a dime.
He’ll uphold the name of our pet dog, all right
For he’s not a show dog, but one that’ll fight.
And that’s what we all want, dogs that are game
Wherever you take them, they’ll bring you no shame.
They need not be handsome, nor good for the show
But just good pit dogs, rarin’ to go 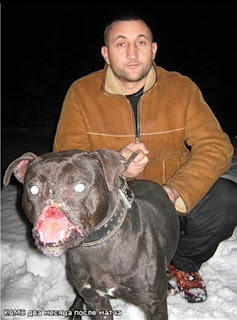 Now the past is gone you see
And the pit is in our care,
The future should concern thee
of the game we're all to share.

Many a dogmen have come
And meny dogmen are here,
With very few pits being born
Of gameness we all hold dear.

We must always watch our guard
To test and prove pits game,
By scrathing and rolling hard
All pit dogs earn their name.

Game pit dogs never quit
while dog men cry and laugh,
For the pit would'nt be a pit
the pit would be a staff.

Pits should remain in sport
To this dog men all agree,
for proven game hard fought
Is what the pit is suppose to be.

No title, author unknown
written in the 1800's about a Bulldog and a Terrier 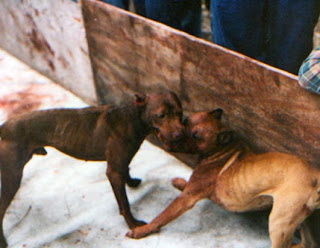 Today in the pit i did meet my match,
but my legs are broken and i can't make the scratch.
Please pick me up now so i can fight another day,
but money and pride has got in the way.

You know I can't win as I let out a battle cry,
looks like this pit is where I will die.
Look into my eyes did I not give my best?
But you knew that already when you did the game test.
This is for all the game pitbulls that never gave up,
your masters betrayed you for fear of losing a buck. 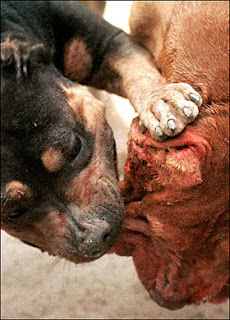 Ol Blackie sits there patient, tail wagging with glee,
cause he’d done some rollin and knows how it’ll be.

Washed down and toweled; the time, it drew near.

Big Blue’s lookin vicious, he has fifteen pounds
but that black dog just sat there, staring him down.

When the moment came, both exploded out their corners
and met in the middle, but an inch towards Blue’s owner.

Blackie was quicker, but Blue had a bite
that black dog took a beatin, near an inch of his life.

Fifteen minutes went by, most thought it was done;
but a few in the crowd saw the table had spun.

Big Blue got winded and the black one, he knew;
caught Blue by the shoulder, his vigor renewed.

Blue quickly turned, cold fear in his eyes
so back to their corners to give scratchin a try.

Blue came in charging and easy to read
when black saw him comin his tail doubled speed.

Black took what he’d learned and held to it that night,
by twenty-three minutes it was no longer a fight.

Ol Blackie went home, one under his belt;
Big Blue, well he went with the cards he was dealt.

That black dog proved game, the blue not so much;
like all of his kind, just over grown mutts. 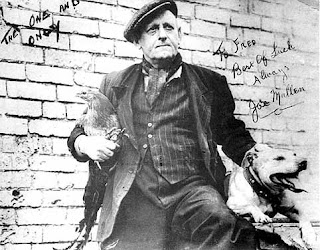 The Pit Bulldog by Howard "B"

There's a mighty creature on the prowl,
They don't bark much and seldom growl,
Can crush a bone with the slam of it's mouth,
You can find them East, West, North and South,
When you face them off and let them go,
The fight will last till one can go no more,
Unless you have a cur, and there's alot around
A good Dogman will put these in the ground,
No other dog can stand the pain,
But a good pit bull has his claim to fame,
Some stay in the corner and won't cross that line,
'Cause the mighty pit bull is one of a kind,
we must stand by our dogs united as we all should know,
'Cause the future holds more matches and we all love a good show,
I'm a new comer and this is true,
But I'm into the dogs deep, just like the rest of you,
If we meet in the pit, lets all remain friends,
'Cause we're all pit bull lovers, till the very damn end. 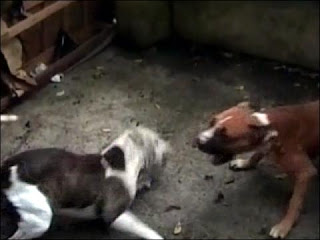 Burlap sacs and sticks
Were leading the pack,
They brought in the picks
Big bets on a black.

All night they were matching
Both showing strong rolls,
Still buckskin was scratching
When black quit his hold.

The keep was now mending
They blew out the wic's,
Now came the tending,
Burlap sacs and sticks. 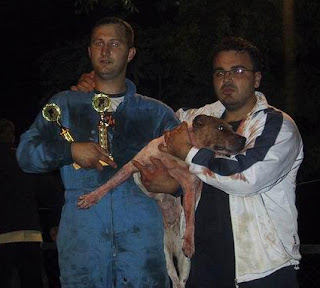 An Ode to the American Pit Bull Terrier by Solitaire

From Ireland and England, into America they came;
Brought by fanciers and families intrigued by the game.
As combatants, warriors and gladiators of the sport;
Valued for gameness, ability, mouth, and the sort.
With feirceness and courage beyond compare,
They face their rivals with a peircing glare.
The sound of percussion made all throughout,
Seems the only emitted with each clout.
They were bred to win, whatever it takes;
Never to quit, despite the stakes.
Eager, relentless, wholehearted they'll go;
Revealing bliss by tail wagging to and fro.
The desire to trimph, even when circumstance is poor,
Separates this breed from others; a quality to adore.
In contrast to their character as portrayed above,
The American Pit Bull Terrier can exude love.
They are gentle, sweet-tempered, humble and meek;
Can be lively, vivacious, delightful and sleek.
Effusive and charming, total characters they are;
Intelligent and sly, and can get away with far.
Living to gratify and please their masters,
They will forsake life to protect from disaster.
The most misunderstood of their kind;
Due to ignorance; so we pay no mind.
They are noble, heroic and bad to the bone,
Formidable, muscular, and eager to be shown.
Epitomizing what a dog should be,
They reign supreme, you would have to agree. 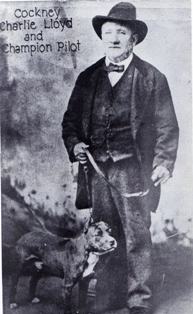 THE BRINDLE DOG by J.R. LeManquais

There once lived an overgrown kid near our lot,
Who owned a large mongrel whose name I forgot.
The boy was a bully, his dog was the same,
And they both used their size to play a mean game.

All the kids in the neighborhood feared this tough nut,
As the house dogs for blocks feared this over sized mutt.
Toy Poodles, or Collies, or Terriers small,
Made no difference, the big cur could handle them all.

The pair soon were famous, their game they played well,
For they had every dog near the tracks cut to hell.
One day a new family took a house down the street,
they owned a trim brindle dog with white blaze and white feet.

His eyes were quite small, his muzzle looked strong,
His low carried tail was fine pointed, not long.
He carried himself with a confident air,
On the street he'd pass dogs as if they weren't there.

A few telltale scars on his shoulders and head,
told a mute story better than if it was read.
Fifty pounds of spring steel, he was quick as a cat,
And he'd fight if he had to at the drop of a hat.

Then one day in spring down by the kids hut,
The big bully came, and behind him his mutt.
The two dogs stood rigid and to my surprise,
The yellow cur was twice the brindle dogs size.

The big dog moved in, but his jaws snapped on air,
The thing he had lunged at, well it just wasn't there,
A clever side step had avoided his jump,
Something clamped on his throat, he went down with a thump.

He tried to break loose, he was fighting in fear,
His head it was pounding, couldn't see, couldn't hear.
His wind was cut off, he was beaten and through,
and the big kid astonished, he had enough too.

When they got :Brindle" off, "Yellow" got to his feet,
and with tail between his legs weakly went down the street.
now I wonder if anyone reading this creed,
could tell me what was this brindle dogs breed?

Who The Rebel by Nick the Greek
(ode to a snitch)

He was a friend, a good friend of mine
I trusted him to a 'T'
I never thought the day would come
That he would be telling on me.
When it first went down, the rumors were out
That he started to sing
I could not believe it, I argued with many
Because to me he was the King
But time would tell and prove me wrong
That he was no friend indeed
He ratted me out, with a list of others
Who thought he would be a bad seed
Families he ruined, lives are shot
Nothing but anguish and pain
I believe you keep your mouth shut
Especially when living the fast lane
But sometimes you learn in the game of life
Who your friends really are
Often times too late, no turning back
A Valuable lesson by far
So here I sit after telling the feds
I had nothing to do with him
A son of a bitch, a low life mother
He made the light in the game go dim
So let us recover, get stronger by this
Whatever the price may be.
He does not represent the South, Nor the Game
He is just shit to me!