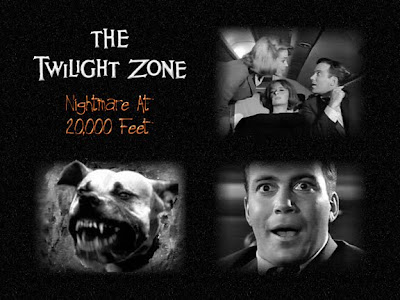 The latest tactic in the Great Pit Spinster Movement (you know the ones, childless females who are on a Mission from God to ensure the United States has as many pit bull maulings as possible) seems to be decrying Civil Rights violations at every possible venue where a fighting dog should not be. The latest cause célèbre is petitioning oppressive airline companies for sensible restrictions on the transport of pit bulls. Below are the top pit bull aviation moments in history….


After sinking your teeth into them; does anyone have a sane reason why a Pit Bull should be allowed within 1000 feet of an aircraft?!?

1. Fort Wayne International Airport, Indiana, October 21, 2001. A real life episode of “The Nightmare at 20,000 Feet” occurs when a pit bull being trafficked aboard a Kitty Hawk transport flight escaped its cage. The animal cornered members of the crew forcing an emergency landing and aircraft evacuation. Emergency crews and Animal Control respond. 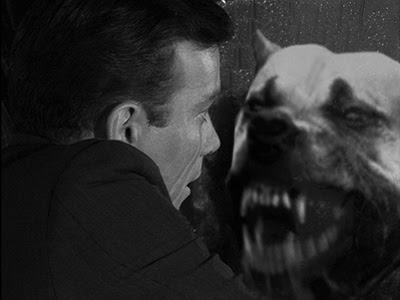 2. American Airlines 757 flight July 22, 2002; “Nightmare at 20,000 Feet “ remake occured when a pit bull being trafficked from San Diego to New York chewed out of its cage in cargo hold of airliner, then attacked the aircraft communication components and chewed an 8 inch hole in the aircraft bulkhead. 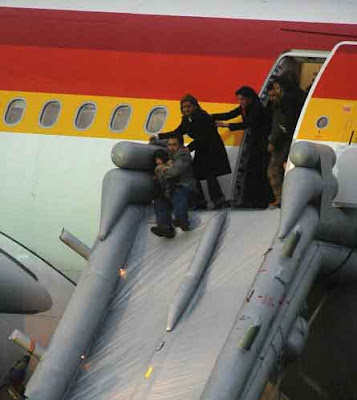 3. Dulles International Airport, December 11, 2009; Two pit bulls being trafficked to South Korea shut down Dulles Airport…. One of the Pitties chewed his way out of his kennel, then chewed his way into the kennel of the other one…. All hell then broke loose when they tried to kill each other on the tarmac. The airport was shutdown while Law Enforcement responded and pumped lead to terminate the “scuffle”. 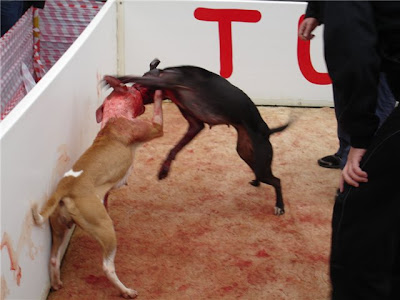 4. Atlantic City, New Jersey, July 6, 1911; A “Canine Idiot” bull terrier ran into the propeller of famous aviation pioneer Harry N. Attwood’s airplane as he attempted to take off to complete the last leg of an aviation contest sponsored by the New York Times. Attwood’s damaged aircraft took off, then plummeted into the surf in front of a crowd of thousands. Remember, aircraft aggression is not the same as human aggression…. 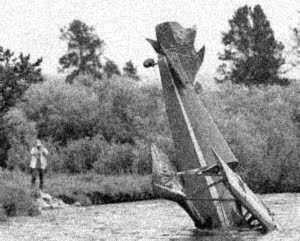 5. Fort Still, Okalahoma, February 15, 1919, Another Canine Idiot Bulldog attacked the propeller of a Squadron’s aircraft that was preparing to move back to their home base. The aircraft movement was delayed until the aircraft was repaired. And they wonder why pit bulls are banned from Military bases… 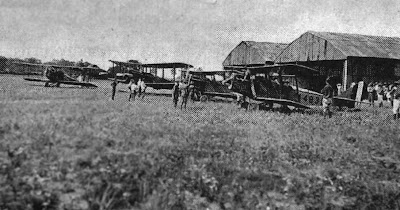 6. Naval Air Station Lakehurst, New Jersey, May 6, 1931;…. Canine Idiot- “Tige” the bulldog mascot, latched on to a cast of rope of departing US Navy blimp. Tige subsequently soared to 400 feet, then plummeted to his death in a forest. Perhaps this is why military airfields approach paths are routed away from neighborhoods…… 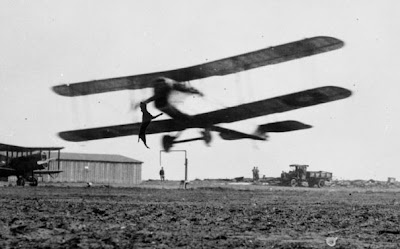 7. Stockton Airport, CA, November 27, 1990. 8 dog fighters were arrested getting off a chartered flight returning from a dog fight in Memphis. California and Tennessee have had nearly 50 pit bulldog bite related fatalities between them but dog fighters have nothing to do with it…. 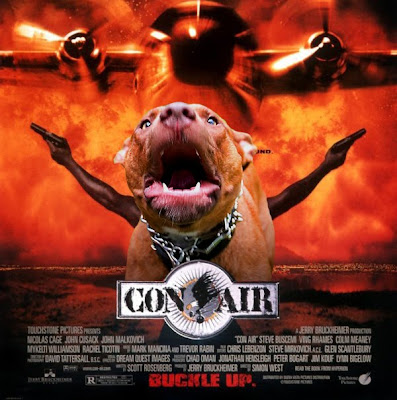 8. Calgary International Airport, Canada, 2009; Police were summoned to assist with a pit bull being trafficked to an unknown destination. The animal had chewed it’s way out of it’s kennel. Odd, usually Pit Bulls are trafficked into Calgary….. 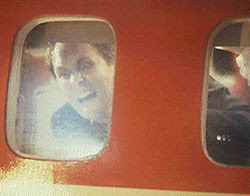 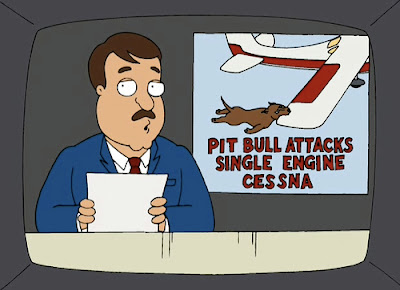 If you type in dogsbite.com the user is automatically redirected to the NCRC page.

Wow! incredible post!
the stories made me laugh, cry, and not want to fly.

The images - the photos and photo montages were PERFECT! LAUGH TIL I GET MAULED WONDERFUL!

and i might add that I won't fly any airline that flies pit bulls.

I found some photos that are supposed to be from the 2002 AA pit disaster. And I don't know, you tell me, that looks like way more than 8 inches to me.

TCAF= traffic collision avoidance system
something i'd like to have available to my aircraft, thank you very much.

Not only was the pit bull depicted on the front of LIFE magazine three times. This pooch also made it into a 1950's National Geographic magazine. Sadly, nutters haven't used this image. Maybe because the staffordshire terrier is shown killing another while a third runs to towards the fight.

wow, great plane photos. that i some serious damage. pit bulls are like can openers.

thanks anon for the 1958 staffy bull illustration,

Screw the people who made this site, I can't believe how stupid you are. Wow

Way to be relevant.

Anon: Sorry you hate reality. They make meds for that, LOSER.