The most significant DBRF in american history 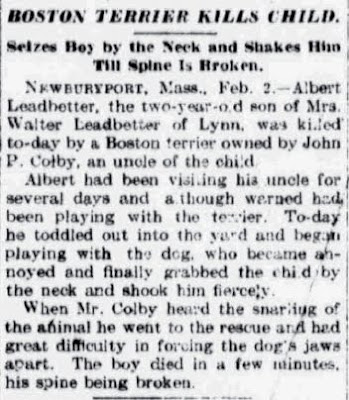 February 3, 1909...The Fountainhead of the "American" Pit Bull Terrier,
John P. Colby is defeated and his two year old nephew is killed by one of his breeding animals.

7 months later he would co-found the American Dog Breeder's association.

In 1935 he would finally persuade the AKC to accept Pit Bulls under the regal sounding Staffordshire brand.

This is the most significant DBRF in American History and it's show how the Pit Community is run by sociopaths. He should have been run out of the community and stripped of registry privileges instead of being worshipped.

* note the killer is referred to as a Boston Terrier. 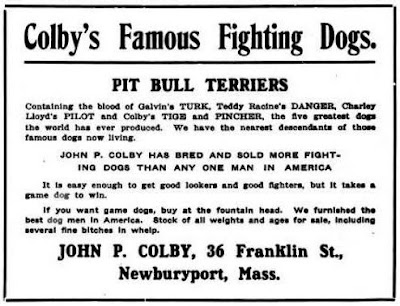 The Dog Fancier, Colby ad 1911
Posted by scurrilous amateur blogger at 9:58 AM