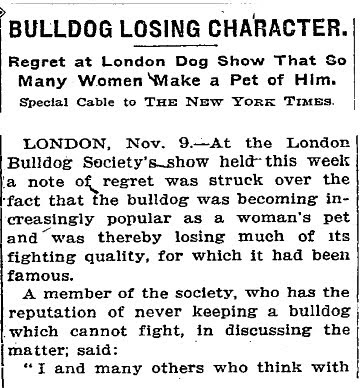 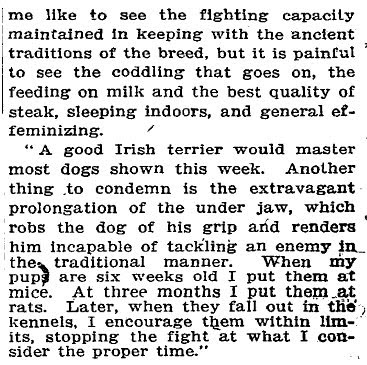 And stop it they did: http://www.fatalpitbullattacks.com/
Posted by Rag Doll at 9:25 AM

Email ThisBlogThis!Share to TwitterShare to FacebookShare to Pinterest
Labels: 1912

Apparently The Patrick Miracle Thought it would be a good idea to send idiots to educate the KS95 radio hosts about pit bulls after they aired this.

I love pit bulls, But this isn't the way to educate people, and while I don't agree with everything you say, you do bring up many good points in your truth blog. Neither side is helping pit bulls, and I honestly think that the people who claim that they are pro pit are doings these dogs a lot more harm in the long run with all of the distorted "facts" that are further perpetuating. If they really want to help these dogs, then many of them are going about it the wrong way imo.

Most pitties are good dogs, but it's sad to see that most of the commenters ignore that many pit bulls do attack for little to no reason so for me personally, the problem lies in the breeding and ownership of these dogs. Why are so few in the pit bull community concerned about who's breeding these dogs and to what end? In truth, it's the breeders and many of the owners who make the rest of us responsible ones look bad because they fail to face the truth that there's an undeniable overpopulation and in many lines of the breed type, behavioral problem that's all too apparent.

I used to like The Patrick Miracle, but the more of these people I see in "my group," it really makes me wonder if I want to associate with that crowd?

Back to your blog. It really shows how little pit bull owners care for their dogs, similar to many today. They claim they do, but they only cared about the financial or sadistic gain.

The denial and ignorance lies on both sides of the fence. While I do find the comments to some degree distasteful from the radio station, I'm finding many of them by the community equally as uneducated and offensive.

is this Kristen Cherie Grady-Ibrahim?

No, I'm not. I had to look up who you were talking about. Is she located here? She's the only one mentioning your name there.

I know you think I'm just a nutter since you think I'm her. But I've never been the type of person to excuse what pit bulls do and I don't really agree with The Patrick Miracle has been saying about victims or people who don't like pit bulls. In all honesty, some people have good reasons to not like pit bulls and I understand that. Especially the people who called in to the radio show. Did some of what they say go overboard? I think so, to some degree. But can we put ourselves in their shows, of the victims, and see that being attacked by a dog who wont give up can have a long lasting damaging effect on emotional health and finances? What was real sick is that after the attacks the owners blamed the victims!

Pit bulls can be great in my opinion. At the same time though they do have social and genetic problems that shows more often than most other breeds of dogs. I think both sides are right. Pit bulls can be good dogs but it's not always in how you raise them. When advocates say this it hurts people and dogs and the effects show. I think any dog, especially a large breed, who has a genetic or severe display of aggression should be put down because the risks of owning the dogs are just too high to the owner and people in the neighborhood.

I used to be one of those people who was biased about your blogs and like I said, I don't agree with all of your posts. But I do agree that a large majority of owners, breeders, and advocates are grossly ignorant on what the real problem is, and a lot of it lies within their own camp. I don't know why they wont admit this because if they did, I'm sure there would be more temperamentally sound pit bulls and less of them would be giving the good ones a bum rap.

I've also been reading more about agencies who claim to have the best interests of society and pit bulls as their priority. Now that I look at it closer, I have the suspicion that a lot of them are in cahoots with breeders, and dealers. Just another scam disguised as a charity...

Especially that Darla Napora case, who would be stupid to believe the ladder story and try to excuse what really happened? For Christ sake please spay and neuter your pit bulls. Please harness them responsibly, please please please breeders - screen your dog's temperaments, and owners, do the same! Two people needlessly died because they denied the dual reality of pit bulls. That they can be good, but there are some that are so inbred or bred for bad purposes that they can be a liability or a real danger in the future...

I love my pit bulls. Bad Rap, please... instead of replacing the blame on victims, actually do something about the welfare of dog owners and the dogs themselves! You will be saving so many lives of both pits and people!

I've never took the time to think about the other's side because most of my information has come from places like Stubby dog. But I can't deny things that are inherently true. All I can do now is promote what really needs to be done to help people and dogs the way I see fit.

I think this is the person you were looking for. Don't think this rare case of a reasonable pit lover is that person.

I checked the link provided, looks like Patrick n' pals didn't like the truth blog or this one. Someone made a reference to this blog on the comment thread and it was hastily removed.

Amazing. They allow and promote the trash talk about victims of serious maulings and death, but as soon as truth is thrown their way, delete, delete, delete!

The person you're looking for seems to have hastily changed their online name several times and then removed most or all their comments.

"pit bulls are the most loving dogs ever." yet this pit dog bit the woman on the face who probably wanted some of pitties hugs and kisses.

"put bulls are the most loving dogs ever and the most forgiving" which is why pitty did not forgive the woman's error and decided to bite her on the face.

"pit bulls can tolerate a lot of things like tugging and screaming children" which is why pitty was easily aggravated and barely tolerated her face so close to his.

"pit bulls will lick you to death" well this one did the opposite.

yep, thes fall under the category of pitthetic dementia.