Dog fighting can be hazardous to your health 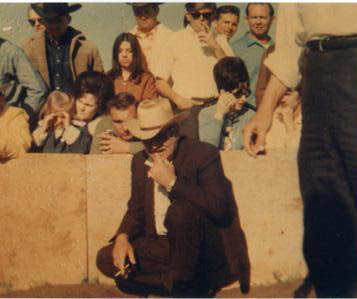 In the summer of 1986, the North Carolina General Assembly heard testimony from experts about the need to strengthen animal fighting laws in an effort to not only protect the animals themselves but also humans, in both body and spirit. Raleigh psychologist Dr. Donna Brown said the training of dogs for combat is posing a serious health problem for children and adults. Dog bites, she said, are the number one cause of injury for American children. When bitten by a dog trained for combat, a human can be mauled or killed. (hear that karen? the NUMBER ONE cause of injury) Dr Brown also stressed the unique gripping style of pit bulls, high pain tolerance and the fact that they often do not communicate intent before launching an attack.
Animal cruelty investigator Nancy White testified about children being desensitized to violence and becoming violent adults.
Frank Ward of the Wake County SPCA testified "The blood lust which is implicit in animal fights belittles the human participants and maims the combatants."

Dr Brown's 1986 testimony about the dangers of pit bulls falls smack dab in the middle of the decade of the doberman! 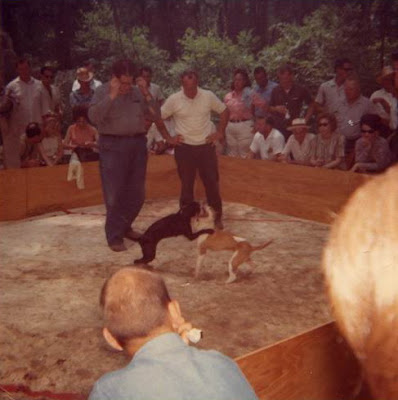 A N.C. dog fighting arena disguised as a church netted a 150 in a police sting, including the host – a former unsuccessful sheriff candidate, 15 children under the age of 16, guns, clubs, brass knuckles, narcotics, cash, alcohol and ONE TRAMPLED CHILD. That's right, the dead game spectators trampled a child trying to flee the po-po, once again demonstrating that they lack the qualities they admire in their fighting dog. Gunfire was exchanged on both sides. But alas, chivalry is not completely dead. The wives and kiddies were admitted free.


And in some cases dog fighting can be fatal. 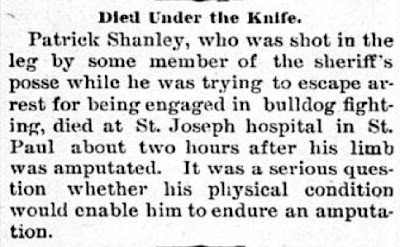 If you look closely you will see some of not many of the people seems as though they are from suburbia. I thought only lower class fought dogs. Makes me think twice about the upper class vintage photos of pits.

The innocent little girl who wants to avert her eyes, though, that's hearbreaking. But, if you want your little girl to grow up to be a psychopath like you, it just has to be done.


There's a good chance that their direct ancestors enjoyed a good lynching, and one must keep one's traditions of psychopathy alive.

The lynchers also look like they're suburban to. So yes, proves that the photos of pit dogs with the upper class could have very well been fighting dogs used in boat photos. Look at how they're boasting about the murder of African americans in that photo! I would not be surprised.

A man began finding photo postcards of lynchings that showed these were events for white people. They drew huge crowds and they photographed the atrocities and made postcards of them to send to their friends and relatives.

It makes one realize how innocuous dogfighting could seem when this was the norm.

This website, Without Sanctuary, says it all. If you watch the movie, listen for when he calls the whites "canine thing" lynchers. He gives names to the victims he knows.

"The cold steel trigger in the human heart"

Pitting dogs is nothing when viewed in context of a society of human beings who find joy and enjoyment in torturing and killing fellow human beings in the most horrific way.

And it makes sense that this psychopathic society would love their psychopathic dogs that also loved to kill their own kind in disgusting ways.

snack, what an amazing web site. that collection of photos is horrific. and it puts REAL racism, discrimination and genocide in perspective.

These dogfighters are responsible for at least 323 American deaths and thousands of miles of sutures being sewn into mauling vicitms.

Another toddler killed in Texas this weekend:

Do the pit bull nutters realize how bigoted and racist they sound themselves?

Seriously, comparing the racism that difference people faced to the regulation of dogs? Especially dogs that were and sometimes still are bred to kill other dogs and sometimes people?

They obviously don't understand that racism is when you imply that a genetic trait is what makes a person hold something another person would consider inferior or negative. Dogs, unlike people, were bred for a specific purpose and although it is horrible that someone would torture and create a breed that was meant to kill, that does not mean the negative remarks and status they hold are unwarrented, because they were bred for that purpose.

Well where's the smoking gun? Where are the deaths caused by labradors, germanshepards, and akitas that equal or are close to attacks committed by pit bulls?

When it comes to racism and discrimination, they really don't have a leg to stand on. And they're the ones who are ultimatly cruel beyond comprehension.

For every pit bull advocate who believes that their dogs are subscribed to racism because they, the owners, are forced to train, be insured, or properly leash their powerful dog breed they should be shown the images of those unfortunate people and they should be asked, "have pit bulls ever endured this at the hands of people who want regulation?"

Last time I checked, the main people who beat, abuse, and allow their dogs to get a bad name through being horrible, neglegent, or "superior" owners are the people who claim to love pit bulls!

The child isn't averting his eyes, he's shading them from the sun. His face is still pointed in the same direction Maurice is looking...which shows really that people can sometimes read into a thing what they want to see rather than what is actually there.

This site is fake news

I don't agree with fighting dogs my own self and have only historical interest in it, but I do love me a good pitbull...and make no mistake, these dogs will always be here despite people like you and your little propaganda project here.

32 years I've owned pitbull terriers and my experience with them has been nothing but positive. Most of my friends own them as well or have had in the past and the worst trouble I can account for, out of dozens of dogs, is that some of them are unrepentant hole diggers and inveterate chewers of coffee table legs.

My 30 year experience of dozens of these dogs has nothing more than a few quickly broken up squabbles in terms dog in dog violence. Pitbulls, brought up well by responsible informed owners rarely go out of there way to do violence though some still will engage readily if it's brought to them, but this is very easy to control since I make a point of taking my dogs to dog parks where I know the regulars that attend there. In the rare case where two dogs that are known to take exception to each other we see that they stay it off each other's way.

Speaking of propaganda, be certain that is exactly what this is. Your viewpoints are without nuance and are one sided. The information you post has been thoroughly sifted to confirm your bias and your arguments are often poorly constructed often consisting of little more than ad-hominem attacks and character assassination. Because of that I'm pleased to tell you that there are more pitbulls around today than there were just ten years ago and several bans have been repealed in the last year alone worldwide as cooler heads prevail.
Make sure you print this now y'hear? It might it more credible that this site is a purveyor of actual information rather than just propaganda as it stands at this moment.

I support the game dog and its original purpose