St Francis Terrier is really not an appropriate alias for America's Dog, it just doesn't capture the true essence of the pit bull.

I propose a new nick name for America's Dog: Quietus

quietus |ˈkwīətəs|
noun ( pl. quietuses )
death or something that causes death, regarded as a release from life. 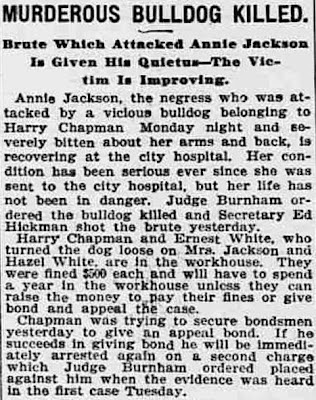 Ah, the good ole days.
When people were held accountable for their dog's behavior and the dog was shot.

Love the idea of the Quietus Dog.

Also love that this pit bull was "given his quietus."